Sabin Muzaffar takes a look into the increased marginalization of women and girls with disabilities. 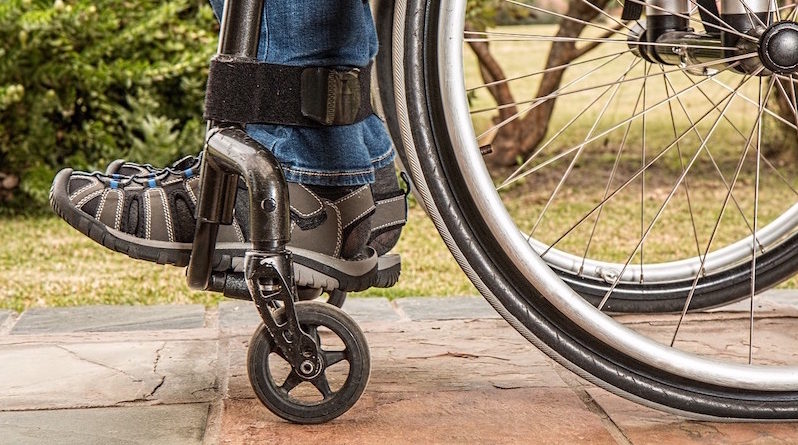 It is the basic human right of every person to live a life free of harm, harassment and abuse. It is a right that should be ensured by the State and is one already enshrined in international law. Women are one of the most vulnerable groups when it comes to gender-based violence (GBV) with figures indicating that 35 percent of them worldwide have experienced some form of violence. And, statistics rise appallingly high especially for women and girls with disabilities.

There is an increased risk of violence against women and girls with disabilities not only at homes, but also schools, institutions as well as the community in which they live. Women with special needs or disabilities may experience abuse on multiple levels from sexual to physical and mental from multiple sources including caregivers, family and even healthcare providers among other perpetrators.

According to Women With Disabilities Australia (WWDA): “Physical violence includes all types of assaults and torture and occurs when the offender hits, kicks, pinches, gouges, chokes or pushes a woman, or uses a weapon against her. For women with disabilities physical violence may include refusing to help her dress, eat a meal or go to the bathroom, or tying her to a chair and telling her its for her own “safety”, or taking control of her wheelchair and pushing her around against her will. The use of restraints is a form of physical and emotional violence, likely to occur in residential settings.”

Historically, people with disabilities, especially the female gender, have faced censure and harassment for a number of reasons such as warped perception influenced by cross cultural factors, superstition about the victim being a pacifier of evil spirits among many others to begin with. Sad to say there is relatively limited data with regards to violence against disabled women, which has largely remained invisible in various rights or women movements. Until recently, the issue has basically been excluded even from common healthcare and social policies.

Additionally, women with disabilities in conflict areas are most vulnerable to violence due to inaccessibility to humanitarian assistance as well as communication, societal and most importantly environmental barriers.

In a toolkit provided to GBV Practitioners by the Refugee Women Commission, it is noted: “Approximately 15 percent of any community may be persons with disabilities. These rates may be higher in communities that have fled conflict or disaster, as during crisis people may acquire new impairments and have limited access to medical treatment.”

More than a billion people suffer from some form of disability, about 20 percent of them are women and the rate of violence is much higher when compared to women with no disability. This is mainly because of deeply rooted societal mindset and attitudes towards people with disabilities. Not only are the basic human rights of women and girls ignored, there is little or no help when it comes to alleviating the plight of the victim due to a grievous lack of programs devoted to this issue.

60 percent of women with disabilities are likely to experience some form of violence in the course of their adult lives. Moreover, violence occurs more due to social stereotype; isolating and dehumanizing the victim making them vulnerable to violence.

In a research conducted by the Human Rights Watch in 2014 on the vulnerability of women and girls with disabilities to sexual violence in Zambia, it was noted that victims were less able to negotiate safe-sex practices because of pressure from intimate partners and the fear of being abandoned. More than a third of these women had been victims of intimate partner sexual and physical violence. The study further revealed stories of abuse including that of a 16-year-old girl with intellectual disability who had given birth to three children, a suspected consequence of rape by her father. “Community health workers and parents of girls with intellectual disabilities told Human Rights Watch that many parents kept children with disabilities locked indoors, fearing sexual violence against them.”

Another study showed that 60 percent of women with disabilities are likely to experience some form of violence in the course of their adult lives. Moreover, violence occurs more due to social stereotype; isolating and dehumanizing the victim making them vulnerable to violence.

In order to alleviate the plight of women with disabilities on national, regional and global levels, it is fundamental to closely analyze different human rights conventions such as the 1979 Convention on the Elimination of All Forms of Discrimination against Women (CEDAW) and the 2006 Convention on the Rights of Persons with Disabilities (CRPD) etc., creating policies based on these provisions.

Data collection on the topic of violence against women and girls with disabilities and its evaluation are important steps towards not only fair policy-making but also designing a roadmap to challenge issues of violence backed by information.

Lastly inclusive and participatory dialogue between state, civil society, NGOs and voices of victims can trigger positive development of an implementable framework beneficial for victims and therefore society at large.

Triple discrimination against women and girls with disabilities

Also, women with disabilities are less likely to report violence to the police (49% of men would report such incidents compared to 30% of women. (Perrault 2009)

Women with disabilities are exposed to additional risks of abuse by caregivers who provide services specifically related to her disability.

Women with disabilities experience sexual violence in various forms such as; violations of privacy, restraint, strip searches, and solitary confinement that replicate the trauma of rape, rape by staff and other inmates/residents of institutions, forced abortion and forced sterilization.

On GBV and Women’s Health