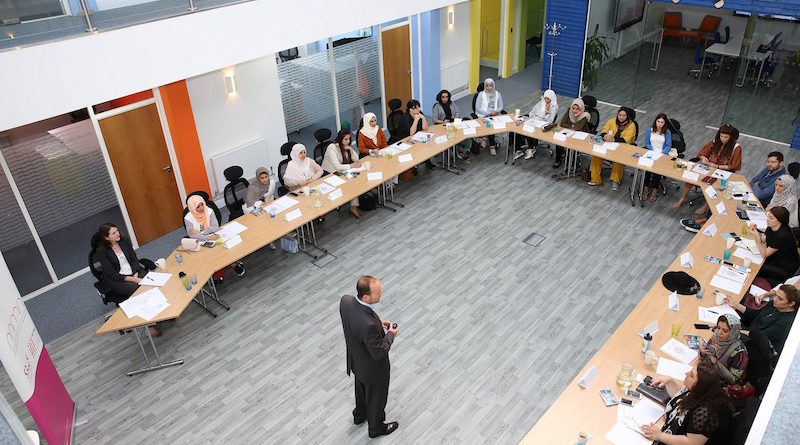 Sharjah (UAE), March 15th, 2017: Since the UAE gained its independence in the 1970’s, Emirati women have worked side-by-side with their male counterparts towards the nation’s advancement and achievement. The invaluable efforts and sound guidance by the UAE’s wise leadership to uplift women’s status have led the UAE to topping global ranking in terms of treating women with respect and appreciation.

The late Sheikh Zayed bin Sultan Al Nahyan, the founding father of the UAE, was the first to support women’s rights to education, work and empowerment as well as women’s fundamental right to build their nation’s future alongside the nation’s men.

This vision was reflected in the establishment of the UAE’s Women General Union in 1975 by the “Mother of the Nation”, Her Highness Sheikha Fatima Bint Mubarak, Chairwoman of the General Women’s Union (GWU), Supreme Chairwoman of the Family Development Foundation (FDF) and President of the Supreme Council for Motherhood and Childhood.

Since its inception, the General Women’s Union has been the national driver for the advancement and empowerment of women. It has also been a key player in driving the government’s strategy towards creating a supportive environment for women. The GWU has played an instrumental role in unifying all women’s societies and organisations under one umbrella. This led to the launch of foundations and programmes dedicated exclusively to supporting women across the country.

Today, Emirati women are proud of their achievements and the status they enjoy in the UAE, especially in the field of entrepreneurship and enterprise management, as women’s empowerment is not just rhetoric, but a reality in the UAE.

The figures show that Emirati women occupy 66 percent of public sector positions, out of which 30 percent are leadership and decision-making positions. Additionally, 13,000 Emirati businesswomen own and manage 20,000 companies and enterprises. 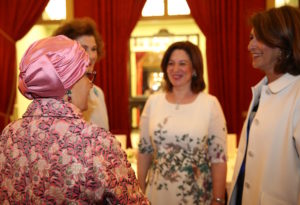 In Sharjah, the prudent directives of His Highness Dr. Sheikh Sultan bin Muhammad Al Qasimi, Supreme Council Member and Ruler of Sharjah, and the close follow up of his wife, Her Highness Sheikha Jawaher bint Mohammed Al Qasimi, Chairperson of the NAMA Women Advancement Establishment and the founder and Royal Patron of SBWC, have been instrumental in advancing women’s status in the emirate.

Over the past few years, a series of initiatives were launched to support and empower women. The establishment of the Sharjah Business Women Council (SBWC) is one of such initiatives. Since its inception in 2002, SBWC has served as a springboard for businesswomen and young entrepreneurs, turning their skills and capabilities into profitable enterprises. The council has provided women will all forms of support in recognition of their role and competence in the national economy-an approach that aligns with its vision to ensure women’s effective contribution to the comprehensive economic and social development in the country

In 2016, SBWC made considerable efforts that helped enhance its stature as a leading platform and an ideal destination for businesswomen who want to obtain a wide spectrum of administrative, financial and consultancy services, which helps pave the way for the growth of their businesses of all kinds and sizes. It also encourages the women to develop and grow their enterprises and increase their profit.

SBWC is dedicated to supporting and empowering women without discrimination. Its membership is open to women of all nationalities, who want to set up and manage their own businesses in Sharjah. Also, women who practice all kinds of business activities are eligible for its membership. The council’s members include women entrepreneurs, businesswomen, craftswomen and female professionals.

By the end of 2016, SBWC’s members reached 1,296, of which 39 percent are businesswomen, 40 percent professionals, and 21 percent productive women and university students and graduates. 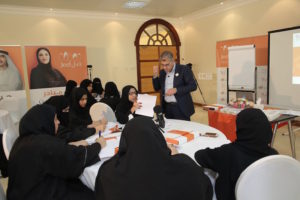 In March 2016, SBWC launched Badiri Women Enterprise Development Virtual Academy. A first of its kind in the region, the academy was launched on the International Women’s Day, and offers a platform to enable women in Sharjah and the UAE to become successful and empowered entrepreneurs anywhere in the world.

Badiri is an electronic platform using online applications along with practical and interactive training to develop entrepreneurial ideas in UAE-based female entrepreneurs and help them start their own businesses and become successful entrepreneurs.

Also in March, SBWC launched the StartUp Academy Sharjah Series in collaboration with ITP Publishing Group with the aim of raising awareness about entrepreneurship in Sharjah and the UAE. It offers a platform to share experiences and interact with a number of inspirational and successful entrepreneurs to highlight their career progress and challenges they faced.

The launch event was attended by a large number of officials in the public and private sectors involved in the development of business and SMEs as well as providers of consultancy and training services to start-ups.

‘Health is Key to Your Success’ programme

SBWC organised a series of sessions under the programme, ‘Health is Key to Your Success’, in collaboration with University Hospital Sharjah. The programme’s aim was to help SWBC’s members improve their lifestyles and lead a healthy life, thereby reflecting on their health and business to ensure success in all walks of life.

The 4th edition of the ‘Yakah’ Business and Benefits Scheme aims to support SBWC members and female entrepreneurs in Sharjah by providing them with outstanding commercial services and special packages to excel in their entrepreneurial business.

SBWC relies heavily on establishing and strengthening ties with regional and international organisations in their pursuit to supporting women and advancing their roles on a global scale.

SBWC has focused on strengthening its ties with international government and community agencies that play an active role in women’s issues. The council aims to bring best international practices in the field of women’s empowerment to the UAE. It strives to expand the scope of its ties with the outside world in ways that international experiences can be applied locally, and enhance women’s roles in society.

In its efforts to enhance the competitiveness of its members and help them explore global markets, SBWC sent a delegation of nine members on a trade mission to Europe. The trip aimed at inspiring and motivating businesswomen from the UAE to scale up their home-based business activities more professionally and competitively.

The delegation visited the UK and France, where they attended fashion events, and familiarised themselves with latest trends in styles and design.

Two forums in Malaysia and the UK

In line with its efforts to organise international events for supporting women, Her Highness Sheikha Jawaher bint Mohammed Al Qasimi, Chairperson of the NAMA Women Advancement Establishment (NAMA), and Founder and Royal Patron of SBWC, attended the Sharjah Business Women Forum in the Malaysian capital of Kuala Lumpur in May 2016.

Organised by NAMA in collaboration with the Malaysian International Chamber of Commerce (MICCI), the forum was held with the aim of exploring ways to empower women in the Middle East.

In July 2016, Sheikha Jawaher inaugurated the Sharjah Business Women Forum in the UK, which was organised by NAMA in collaboration with Arab International Women’s Forum, to discuss ways of strengthening cooperation between British and Emirati businesswomen and entrepreneurs. The forum was attended by more than 200 businesswomen from both sides.

The trade missions are part of SBWC’s activities to support businesswomen and female professionals by showcasing their experiences and coordinating with other bodies that help them in their respective business fields. The delegation comprised 25 women members who participated in the trade missions in the UK and Malaysia.

Trade mission to the UK

In August 2016, an elite delegation of Emirati businesswomen and entrepreneurs represented the UAE on a trade mission in the UK. The mission aimed to strengthen trade ties and cooperation with British businesswomen, help Emirati businesswomen learn how to make their local enterprises on par with professional international businesses, so they can compete in the global market. 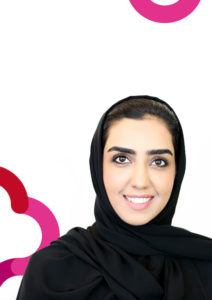 Women’s empowerment … a guarantee for the future

Commenting on SBWC’s role, Sheikha Hind bint Majid Al Qassimi, acting Chairperson of SBWC, said: “The milestones attained by Emirati women would not have been possible without the wise vision of the UAE’s leaders, their ability to foresee the future, and anticipate challenges.”

“Their [the UAE’s leaders] invaluable efforts stemming from their belief in the important role women play in society, has led to Emirati women occupying high-ranking government positions and advanced ranks in big corporations, which has provided an unprecedented boost to the national economy,” she added.

Sheikha Hind added: “The inspiring vision of the wife of His Highness the Ruler of Sharjah, Her Highness Sheikha Jawaher Al Qasimi has been the main driver of SBWC’s achievements. Thanks to her vision, directives and unfailing support, SBWC has been able to provide support to many aspiring entrepreneurs and businesswomen in the UAE.”

In 2017, Sharjah Business Women Council will press ahead with its ambitious plans and strategy that aim to launch a series of initiatives, projects and programmes that are designed to provide more support and encouragement to women in all domains. These activities will build on 2016’s achievements, and mark a new phase in SBWC’s journey.

SBWC strives to enhance women’s roles and help them enter into non-traditional economic sectors, such as technology, health, energy, science and investment.

Highlighting the Council’s plans for 2017, Sheikha Hind Al Qassimi, said: “Our work plan is packed with new activities and initiatives for the year. We aim to further develop the spirit of entrepreneurship among women in collaboration with various government and private bodies locally and internationally.”

“We are open to new ideas that will help strengthen our efforts for women’s empowerment and increase their presence and contribution to the country’s economic life, in its various sectors,” she added.

SBWC aims to enhance a supportive work environment for women as well as to train and prepare women to enter into private economic activities that will strengthen their role to the country’s social and economic development. To achieve this aim, SBWC carries out a range programmes and activities including conferences, seminars, workshops and research. It also forges partnerships with government and private organisations and foundations in the UAE and beyond.

‘Powering up’ women via financial literacy