Sabin Muzaffar ponders on what empowerment entails while celebrating the Day of the Girl. 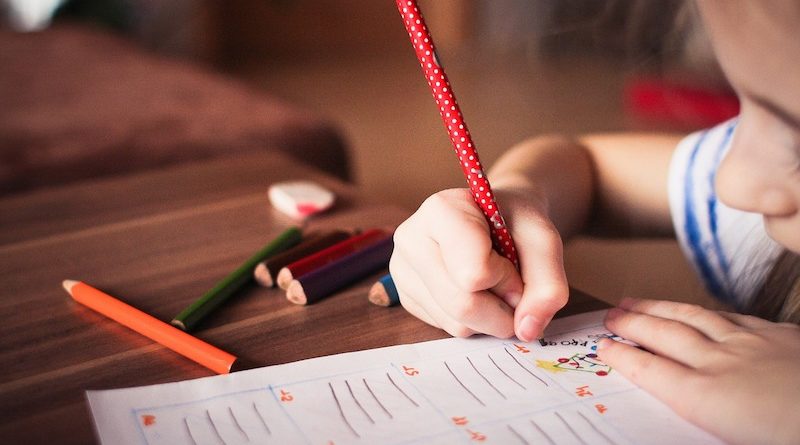 Women’s empowerment and enabling girls are some of the buzzwords used in spaces online and off with much fervor and fanfare. Reams of paper have been inked, bits and bytes covered all in the name of empowering girls through education, mentoring, advocacy and awareness. While progress is discernable, ground realities are still somewhat different. Serious battles need to be fought, challenges faced on every level and step of the way.

It has become almost perfunctory to say women and girls are half of the population of the world or reiterate about its copious game-changing implications. But what it really suggests is development will remain a distant notion until their potential is acknowledged and consequently unleashed. Lifting society from the depths of poverty and ignorance rests on the shoulders of today’s generation of girls, as future mothers, educators, caregivers, trailblazers, innovators and more. In reality, tapping into this cornucopia of talent-pool takes everyone out from the systemic socio-economic and political cesspool.

But to undo eons of deeply entrenched, perverse mindset as to the position of a girl or a woman in society, we need to look deeper within ourselves, both collectively as well as individually as to where we stand, what needs to be done and the way forward.

Access to education is not only a fundamental right but lack of access is the biggest hurdle to a girl’s empowerment. Research has shown the key catalyst for a positive transformation in an adolescent girl’s life is to keep her safe and in school. According to Population Council, a New York based organization that conducts research to address critical health and development issues, “Give them critical skills and a say in their own lives, they will be on a path to healthy, productive adulthood. When girls stay in school, they gain skills and knowledge, are less likely to become pregnant, and have more earning power.”

According to a UNESCO Institute For Statistics (UIS), one in five children, adolescents and youth are out of school, meaning 263 million children worldwide; making it one-fifth of the global population of this particular age group – with more girls likely to be excluded than boys. “For every 100 boys out of primary school age out of school, there are 123 girls denied of the right to education.”

Statistics also confirm women and girls tend to be more vulnerable in countries where their access to education is limited, restricted or even boxed in gender stereotype. Enablers like Sadaf Ahmad, founder of the Robotics Club, Pakistan – an organization that encourages STEM education, daily face tough challenges in their efforts to empower girls in areas of Science, Technology, Engineering and Math (STEM). Obstacles come in every shape and size from lack of girls’ and adolescents’ participation in such disruptive programs either because parents think it is a useless exercise especially for girls; schools deem it unnecessary to be a part of their curriculum or girls being vociferously discouraged to opt for STEM subjects.

True, there are numerous amazing program that girls can take advantage of – from the innovative Technovation program, CodeGirls in Pakistan which encourages diversity and inclusion of girls to BizWorld with its plethora of educational programs for kidspreneurs, but crux of the matter is the mindset which needs a revolutionary overhaul.

According to renowned Human Rights advocate, Mandy Sanghera: “Attitudes towards girls need to change. We need to look at their immense contribution especially when encouraged and lifted instead of seeing them as a burden.”

Indeed, this access and opportunity is central to uplifting girls – be it a child, an adolescent or a millennial. But the very perverse mindset takes a viselike hold when it comes to empowerment even later in a girls’ life. All due to the pervading, obsolete belief systems and socio-cultural traditions about a woman’s place at home and in society – or in other words, in the hegemonic strata.

Agreeing with Mandy, another eminent Human Rights advocate and Planet 5050 champion, Kerry Gibson opines: “All girls can be leaders. We don’t need to be exalted into positions of titles, of import… girls and women who are born to lead must simply be given the opportunity to execute their birthright to change out world.”

Indeed, this access and opportunity is central to uplifting girls – be it a child, an adolescent or a millennial. But the very perverse mindset takes a viselike hold when it comes to empowerment even later in a girls’ life. All due to the pervading, obsolete belief systems and socio-cultural traditions about a woman’s place at home and in society – or in other words, in the hegemonic strata.

Empowerment beckons champions! And champions should be every man and woman. It is about us believing that the only way forward is for US to enable our future generation by offering them access, opportunities  – and as Mandy Sanghera vehemently says, lifting girls from the sticky floors. It is about saying #IBelieve #WeBelieve in girls (and women) and actually walk the talk!

Day of the Girl: An Australian Perspective