TAP Africa’s founder, Gladys Muthara retraces her steps from violence to victory and how her journey has empowered the African youth, resulting in her receiving the prestigious VSO Impact Beyond Volunteering” Award 2018 by VSO/ICS. 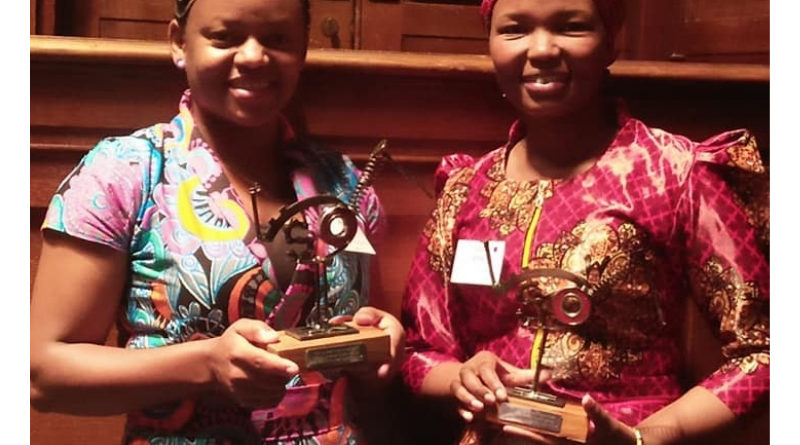 They say, “A journey of a thousand miles begins with a single step.” I couldn’t agree more with them. It began 3 years ago, in my room, when I was reflecting about one of the darkest moments of my life.

For three years, I had trusted him, expressed my love, care, and affection through words and actions, in the best way my young mind and heart knew. I was 24. Then, one bright morning suddenly turned dark, when a “not-so-normal” disagreement became an argument, and then, heavy painful blows began to rain on my face, forming a cut on my right cheek, and before long blood was oozing. I was startled and dazed. I couldn’t move. For a moment, a long moment actually, I was silent. Then I asked, “Are you really beating me up? Even my own dad has never done this to me!” 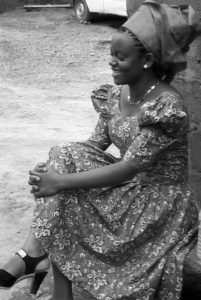 As far I can remember, I had tears in my eyes as I painfully uttered those words. I just couldn’t believe it. So I sat there and continued to receive more blows. I wrestled, tried pushing him away, but he was firmly fixed on my laps….and then he began threatening to kill me. Yes, he began strangling me, he did. It was then that I woke up from what seemed like a dream, and bit his hand, so hard and painfully, that he stopped strangling me. He left me and went to sit on his chair. Of course, that did not bring everything to a stop, because he further threatened to throw me from second floor of that building, if I dared to call police on him.

Three years ago, the happenings of this dark morning were still very fresh in my mind. With tears of pain and a mixture of relief, I figured how lucky I was to have escaped death by a whisker. I was lucky, very lucky to be alive that day. In fact, I still feel very lucky to be alive today. If I survived then, and other related experiences in my earlier years, then it has to be for a good reason.

Therefore, in my moment of gratitude, hmm, I wondered how violence affects children. I thought of the many children, millions of them, who in one or more nights of their lives, try to shut their ears, to the painful screams, wailing, cursing, falling objects, whips, breaking glasses and windows, as their parents keep fighting, behind closed doors. In most cases, the children watch these happenings live! As the fight unfolds, one or both parties get hurt and if not so lucky, the children get caught up in the fight.

Yes. You are right. This too, I have experienced.

I called my niece (I have many of them) and asked what she thought about violence. I also asked her about the one thing she would ever want me to do for young people. She said, “I hate violence. I once watched my parents fight, since then, I have never liked my dad.” Then she continued, “If there’s one thing I’d ever want you to do for young people, like myself, is to give them a platform, to talk, share, discuss about their experiences of violence behind closed doors, when parents fight, when they are caught up in the fight, and so that each of those young people may begin their journey of healing.”

Thanks to my little niece, Melanie Joy Bublyk (Australia), Aleksandra Sasha Byers (US), Sabin Muzaffar (UAE), Doreen Ntiritu (Nairobi), Corazon (Mombasa), Teens Weave Stars to End Violence was born. These incredible women, three of whom I have never physically met, believed in the idea, shaped it, connected us to global partners, and encouraged us to run with it.

Thanks to an amazing team of colleagues, volunteers, friends, and well-wishing strangers, the dream was accomplished. We spent hours weaving 8-pointed stars from plastic ribbons. The stars were symbolic of lighting up the darkness of violence in our lives. We weaved these beautiful stars amidst chats and banter and vivid recounts of our horrifying experiences of violence. It was, however, during those serious moments that I realized just how powerful these spaces were for each one of us. Some struggled to tell it all, but along the way, each one of them found the strength and courage to share. They shared about their horrifying childhood experiences, their friends, their extended families, even their present experiences. There was, hardly, a dry eye.

[Our findings: Out of about 3000 young people we have directly engaged in Phase 1 & 2, each one of them can vividly recount their direct or indirect encounter with at least one form of violence. Emotional violence was a shock to many participants because many did not think it was violence]

Slowly, but surely, walking through new neighborhoods, in muddy and litter-filled alleys of informal settlements, in open fields and while sitting on the soil, in tin-roofed classrooms whose noise threatened to destroy our eardrums as students ran from one class-room to the other, we gathered young people (13-19 years) in safe spaces, characterised by a peculiar star-weaving activity. We competed to weave stars, shared meals and snacks, just as much as we shared our dark stories of encounter with violence. Thanks to our volunteer facilitators and coordinators (Susan Waruingi – End Violence Projects Lead, Fridah Ndoro, Sofina Merinyo, Antony Ngatia, Corazon Amukhale, Purity Jebor, Joseph Gathura, Peter Kibe) we learnt about gender stereotypes, gender discrimination and social inclusion, red signs of violence, developing respectful relationships, and importantly, connected the effects of violence on our lives.

It was beautiful listening to boys voluntarily commit to protect their sisters and future wives from Gender Based Violence. It was even more beautiful, pairing up with other young people, to candidly share our stories, reflect upon the effects, and chat individual ways of addressing violence at home. Over 1000 young people joined us in the star weaving spaces. Over 10,000 beautiful stars were dutifully weaved, a unique reminder that we were there in those spaces, we shared, we learnt, and we committed to do something to end violence. Weaving stars was also a powerful reminder that ending violence begins with us. Each one of us could do something, no matter how small. 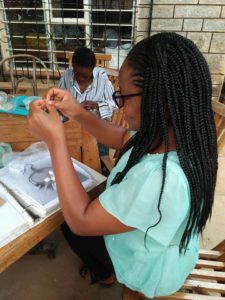 Our voices surely did count, 7500 stars that were weaved in our spaces were sent to Australia and together with millions of other stars, were displayed as part of Festival 2018 in King George Square, Brisbane, during the Gold Coast 2018 Commonwealth Games (GC2018). The star weaving concept was the original idea of MaryAnn Talia Pau, a brilliant woman who while seeking to heal from her own experience of violence, began to weave stars, in order to light up the darkness she felt and was inspired by Dr Martin Luther King Jnr’s words of being light and love in our communities and invited people around the world to join her in weaving one million stars as a symbol of our commitment and solidarity to end ALL forms of violence. And what a better way for us, but to join her noble effort of campaigning globally to end violence, through the One Million Stars project!

In Phase 3, we continue to create safe spaces for young people in Kenya, to discuss, share, and learn about Gender Based Violence. We began 3 years ago, and we shall continue to plant these seeds, until one day, all those seeds shall sprout and young people from those spaces shall rise and say enough with violence!

We envision homes, communities, and a world with peace! And this will start with every young person in every neighborhood.

We are, specially, grateful to VSO/ICS for supporting us with grants to implement Phase 1 and Phase 2, The Australian Embassy in Kenya for shipping our stars to Brisbane, and to the One Million Stars Project team and the Commonwealth Games team for their incredible support throughout Phase 1. 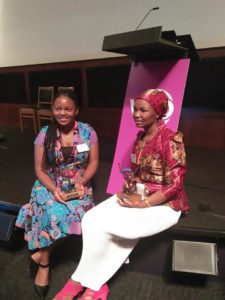 TAP Africais a youth-led initiative, comprising of VSO/ICS return volunteers, who’ve joined hands with other young leaders to champion the change they hope to see in their communities, for and through young people.

Susan Waruingiand Gladys Mutharaare VSO/ICS return volunteers who volunteered in Nigeria in 2015. They have been awarded the “VSO Impact Beyond Volunteering” Award 2018 by VSO/ICS in a celebration for volunteering, graced by HRH Princess Ann, at the Royal Geographical Society, Kensington.

Violence Against Children in Kenya –Findings from a 2010 Survey https://www.unicef.org/esaro/VAC_in_Kenya.pdf