Concrete steps sought from govts to push world out of crises 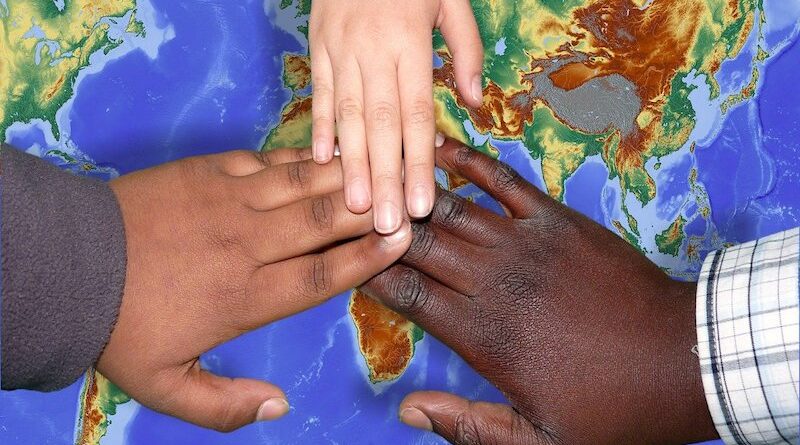 The members of the Major Groups and Other Stakeholders, official stakeholders to the United Nations Sustainable Development processes, are concerned and disappointed that governments have failed to deliver a Ministerial Declaration at the end of the High-Level Political Forum on Sustainable Development Goals (SDGs). The forum was held virtually from July  7-16, 2020.

“​We attended and participated in the HLPF because we wanted to see governments commit to concrete steps, in accordance with the Agenda 2030 and the SDGs, to push the world out of the intersecting crises we are facing. But the lack of a ministerial declaration is evidence that governments are utterly failing to take action in the midst of a global pandemic.​” Frances Zainoeddin, International Federation on Ageing

At this year’s HLPF, a major theme was the impact of the ​COVID-19 pandemic on health, economies, and wellbeing​. Many member states, UN institutions, and civil society representatives discussed how the pandemic has exposed current gaps in the development model and structural global inequalities. However, the HLPF drew to a close without any consensus outcome, and the current draft of the Ministerial Declaration, which went through several rounds of negotiations, is still not adopted and has disappointed many.

“​As a result of the pandemic 186 countries have closed down all schools and universities. According to UNESCO over 1.2 billion students are affected, lifelong learning opportunities shrink, thus social and economic inequalities are exacerbated, especially for millions of those who couldn’t afford online education. This will have a dramatic impact on the achievement of all SDGs. We need a Ministerial Declaration that will show the way out.​” – ​Katarina Popović, International Council for Adult Education.

“​With a worldwide recession under COVID-19, we have a unique opportunity to rethink and undo exploitative and mutually destructive socio-economic practices that bank on informal, undocumented, unprotected, and unremunerated labor, and care work of women & girls, which we know is on the rise during COVID-19​,” said ​Wardarina, Asia Pacific Forum on Women, Law and Development on behalf of Asia Pacific Regional CSO Engagement Mechanism​. “​To address this, we need a Ministerial Declaration that focuses on systemic barriers​. ​But ​the draft currently under discussion feeds into the market-based, neoliberal agenda that perpetuates global inequality, and we may not have a Ministerial Declaration at all.”​

At the HLPF, it was widely acknowledged that five years after launching the SDGs, the world is off-track to achieving the goals, and that the COVID-19 pandemic will pose further setbacks. Civil society voices from around the world highlighted throughout the forum that the failure to make progress on the SDGs is due to systemic barriers and inequalities. The pandemic has exacerbated the intersecting gendered and racial inequalities experienced by those at the margins: migrants and refugees, LGBTQ people, older persons, farmers, Indigenous Peoples, Black people, non-binary and gender-non-conforming people, people with disabilities, workers in the informal sector, sex workers, domestic workers, and so many more.

“​We will never achieve the SDGs if the current extractive, unequal model of development is followed. What does building back better mean when we are still constructing remedies within a neoliberal development model that is built on profound injustice and inequality?​ ” ​Mabel Bianco, Fundación para Estudio e Investigación de la Mujer, Argentina​.

There were also limitations to civil society inclusion and participation in the forum. This year, while there were more opportunities for representatives of civil society around the world to participate as speakers virtually in the HLPF, particularly those who would otherwise have not been able to attend the meeting in New York, there were nevertheless many difficulties with internet access. The lack of interpretation made it difficult for speakers to contribute meaningfully to the deliberations of the thematic issues. There were far fewer sessions and each session was shorter and more scripted, which limited meaningful dialogue and debate in an inclusive and participatory manner.

States face a unique opportunity to demonstrate their commitment to Agenda 2030, human rights, and social justice, and to work collectively with all stakeholders, including civil society, to end different crises and achieve a world that leaves no one behind.

“​The current process of reviewing the SDGs is performative and does not include a space to ask tough questions from governments, leaving little space for the systemic analyses that need to happen in order to achieve the 2030 Agenda. We need the space to participate, and an end to the clustered, siloed approaches to reviewing the goals​.” ​Valentina Bodrug-Lungu, Gender-Center, Moldova​.

The World needs a Ministerial Declaration from the HLPF 2020 process, a real and ambitious commitment to Agenda 2030, human rights and a just and equal future for all. However, we as Major Groups and other stakeholders do not want just ​any Ministerial Declaration. To truly recover from the intersecting crises of today, it is incumbent on Member States to agree on ​a strong Ministerial Declaration that focuses on systemic barriers and commits to dismantling injustice in all its forms. ​Moreover, ​all HLPF and sustainable development processes must radically work to uproot ​all inequalities through a systemic and transformative approach. ​In accordance with General Assembly resolution 67/290, the HLPF is required to provide political leadership, guidance and recommendations.

“We must move out of siloed approaches and processes. SDGs are interlinked and should not be clustered when implemented and reviewed. To achieve the SDGs we need a transparent and participatory policy making process: governments must adopt the inclusive, transformative thinking of justice-oriented movements and organizing,” said ​Laura Viladevall Corominas of Agenda 2030 Feminista in Catalonia.​ “The UN and the sustainable development agenda must uproot neoliberal frameworks and must be grounded in global solidarity, decolonialism and intersectional feminism.”

States face a unique opportunity to demonstrate their commitment to Agenda 2030, human rights, and social justice, and to work collectively with all stakeholders, including civil society, to end different crises and achieve a world that leaves no one behind. As members of the Major Groups and other Stakeholders, we will continue to work closely until this occurs, demanding that states change systems of profound injustice into ones based on care, relationality, equity. ​Collective responses are the key to a better world for all.

If Member States cannot agree on the outcome of HLPF, then it is time to rethink HLPF to make it fit for purpose.

Major Groups and other Stakeholders (MGoS) were integral to the development and adoption of the 2030 Agenda for Sustainable Development. Since its adoption, MGoS have been actively working towards its implementation, through projects, initiatives, advocacy, knowledge-sharing, and monitoring of the 2030 Agenda. MGoS are self-coordinated and independent from the UN Secretariat. MGoS attend all official meetings of the forum, intervene in official meetings, submit documents and present written and oral contributions, make recommendations, and organize side events and round tables.

Image by Capri23auto from Pixabay