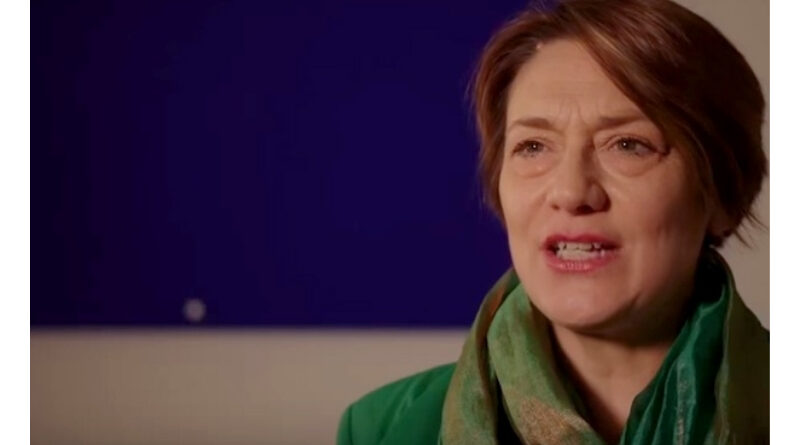 There is such an amazing body of work one finds upon googling Zarin Hainsworth, starting from promoting gender equality, diversity and women’s rights as well as helping change negative attitudes towards widows in Tanzania and so much more. But we would love to know about your journey in your own words.

My mother married my father in 1956 and joined him in Uganda. She became involved with the International Council of Women partly as a desire to be connected with other like-minded women in Uganda.  She was probably the longest serving member as she was a member until she passed away in 2016.     My mother was always inviting me to be involved but I wasn’t really interested.  After I got married we had children almost straight away and the oldest was just 6yrs old when the fourth one was born.  So I had children aged 6,4,2,0 and thus a bit busy – but I continued with local voluntary work including the Under Eights Forum and National Childbirth Trust.  I did have a vision of working at the international level, but thought it would be working with children.  Finally I joined the National Council of Women and was elected onto the Management Committee mid 1990s and learnt a huge amount about the situation of women worldwide.  I was appointed the first UK Director of the Office for the Advancement of Women for the Baha’i community of the UK in 1999.  In 2000, I attended the UN Commission on the Status of Women – which really altered my life.  Finding out about the amazing work of women and men around the world working for positive change for women and girls; meeting experts and activists and playing a part in making a difference.  Since then really, one thing has led to another.

You have impacted so many lives especially in Tanzania. Can you tell us about the impoverishment of the Tanzanian woman especially the widows, the law of inheritance and the negative attitudes – how it impacts them?

It is a tradition in Maasai culture that when a man dies, to provide protection for his family, the brother inherit the wife. As polygamy is practiced, some men have eight or so wives.  So when a man dies there are many widows.  Although the law of Tanzania provides for wives under inheritance rights, these are often unknown by communities.  Some people use the opportunity of a man’s death to take his possessions from the wives.  Naserian was set up in 2010 and is an organization of Maasai widows who have been trained in human rights and the constitution of Tanzania and as a result they have been able to assist widows keep their rightful property upon the death of their husband and stay single if they wish to.  They have prevented early and forced marriage and ensured girls go to school and started numerous socio-economic development projects.

It is quite a challenge (and a feat I might add) to change deeply entrenched belief systems and attitudes. Can you tell us about your work that helped changing the status quo?

In regard to the Maasai, our son was working in a local school for a year and became part of the community and when we visited we went on a trip to Uganda with four of the Maasai warriors in his class.  During the trip, we visited Women of Purpose in Uganda that Widows Rights International (of which I was a trustee at the time) had provided seed funding to get it going.  The warriors learnt from the widows firsthand what it felt like and on return to their own home villages, they were able to speak about their experience.  The community leaders were happy to change behaviors – they just needed an example of an alternative.  One of the warriors became the coordinator and they were able to influence the community leaders.  The project has also been very successful. It does not take a lot of money for the coordinator and they do not have fancy cars – all the money they get from outside goes directly to the projects and the widows themselves raise money from their own endeavors.  This is a very different model to other charities and the community can see it is making a real difference.

There is a need for organizations such as the NAWO (National Alliance of Women’s Organizations) to ‘ensure women’s voices are heard and attended to’ on a national level. How has the organization’s work triggered impact?

We work at national level trying to change policy and to build alliances between organizations and with the Government.  This network helps share information and builds on strength to amplify the voices of women.  NAWO also works internationally, especially with the Young Women’s Alliance to impact UN processes in regard to women and girls; and then bring back that information to influence domestic policy.  We have seen a huge change in the young women who become involved – they become real activists for gender equality. The many small organizations that are our members can have a voice in national consultations and can participate at the UN level – something that they would not be able to do on their own.  NAWO is also the Secretariat for the UK Civil Society Women’s Alliance that brings together all the individuals and organizations working for women and girls (either in the UK or elsewhere) at the UN.

Taking into account the current COVID19 scenario, what are some of the challenges women face during this crisis that need to be heard at the state/national and policy levels?

The structural inequalities that exist in society are exacerbated through COVID19.  So all the areas that we have been working in and asking for positive change have been highlighted as currently deficient.  These areas include women in low paid work. Women as prominent care givers even when they are working full time. Women in precarious and unprotected work. Women are the first to lose jobs in times of unemployment. (The issue of) Domestic violence.  Women in the care sector – (they are) overworked, undervalued and under-protected.  Equal pay for work of equal value. There needs to be support for women and girls so that they are not vulnerable to any kind of abuse. They need to be provided with opportunities for decent work at a wage commensurate with male counterparts. The non-paid care women provide in society needs to be recognized and included in GDP.  Women need to be supported so that they can have 12 years of quality education and therefore be enabled to find and trained to undertake decent work

The COVID19 has also given rise to a shadow pandemic – violence against women. Can you shed more light on that and what steps need to be taken at a state as well as community level to address them?

Violence against women and girls has always existed.  It’s a dual pandemic rather than shadow. It is always there.  Across the world, 1 in 3 women and girls face sexual abuse of some sort or other and around 1 in 4 suffer rape.  This is more than cancer, road accidents or any other kind of illness or reason for death. It exists across cultures, countries and class/caste.  For the most part it is perpetrated by men over women.  It is a disease of power relations.  Lockdowns from COVID have forced women to be in the same environment as their male perpetrator for longer periods of time and with more stress, so levels have gone up. Women can’t access support through contacts at the school gate, or local shops (some chemists have a space where a woman can say she has been abused and she will be put in direct contact with a local women’s support organization). The lockdowns have prevented her from being able to get out from the abuse and to use usual methods of contacting support. But when COVID goes, violence against women will still be here.

As we move on to what is being now called the new normal, what policies need to be in place that focus on a woman’s welfare, considering the amplified negative impact of the pandemic in terms of care work, protection and financial stability?

Anything you wish to add.

Women need to work together with men to build a better world.  We need to stand against the idea of territorial control and coercion that is often found even in the charitable and women’s sectors.  Each of us needs to do whatever we can, no matter how small an action.  Together these can build into a movement.  Our actions need to be motivated by high and noble ideals and not by selfish motives of self-aggrandizement otherwise they will not be as effective. We need to take action as well as talking about things.  We need to work with others, even if they have different opinions to us. We need to have a kindly tongue and be kind to each other.  A new world has to be built and it will be no good if it is not premised on noble goals.  The existing institutions are not fit for purpose and everyone can see they are not working.  If we really would like a better world post COVID, it is up to each of us to take positive steps and use the feminine qualities of intuition, perception, cooperation, communication and empathy to build something better.  Recognizing we are one humanity on one planet will automatically eradicate racism and prejudice to build a world of peace and prosperity for all.