The Jane Austen Society of Pakistan partners with Ananke to present ‘Inclusive Regency Narratives for the Digital Era’ panel at the Women in Literature Festival 2021 that will include Jane Austen and Bridgerton in the context of ethnic representation. 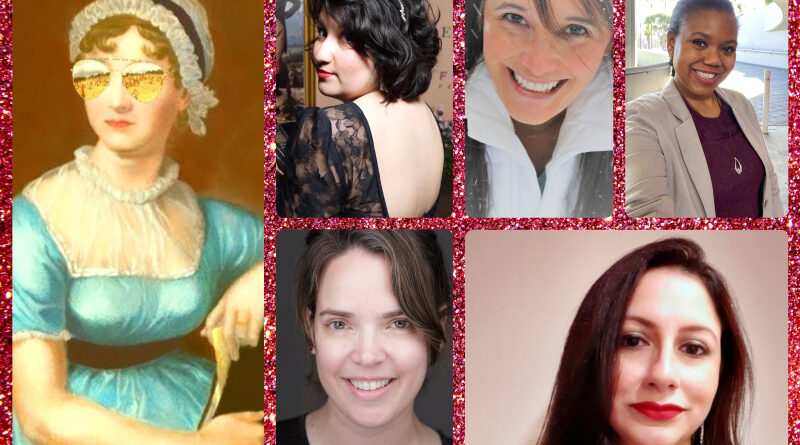 Ananke’s Women in Literature Festival 2021, the Middle East, Africa and the Sub-continental region’s first of its kind event, unveils another scintillating and timely conversation focusing on diversity in recent Regency-themed period drama.

Live-streamed on Ananke’s Facebook page, panelists will offer insight on ‘mainstreaming’ diversity in a traditionally ‘English’ genre – Regency romance – for contemporary audiences in the context of screen adaptations, commercial fiction and popular culture.

The panel is helmed by Laaleen Sukhera, author, consultant, and founder of the Jane Austen Society of Pakistan (JASP), who works in communications and PR in the UK, MENA and South Asia. Laaleen has appeared on TEDx, the BBC, British Council Arts and The Times, while her recent essays have been published in literary journals in the United States. She has appeared as a speaker and panelist in Austin, Bangalore, Belo Horizonte, Dubai, Dublin, Galle, Islamabad, Lahore, London, Minneapolis, Sharjah, Sydney and Washington, DC, and her views have been quoted in The Atlantic, The Daily Beast, The Economist, Elle, Glamour and Vanity Fair. Austenistan, her anthology of commercial fiction, was inspired by Jane Austen and published by Bloomsbury. Set among Lahore wedding parties, Karachi salons, Islamabad ballrooms and Surrey estates, it is a regional bestseller and is currently in its second edition.

Talking about the panel, Laaleen said: “I’m terribly excited to be initiating a dialogue on inclusion in recent period drama with a remarkably accomplished group of panelists. From Austen to Bridgerton to Mr. Malcolm’s List, we’ll be spilling the tea – albeit less milky-white than usual – from our porcelain cups on the increasingly diverse visage of Regency-inspired screen adaptations, fiction and pop culture.”

Amanda-Rae Prescott is a freelance pop culture journalist. Her articles reviewing period dramas and other UK TV shows have previously appeared on Den Of Geek, GBH Boston, Doctor Who Magazine, and several podcasts. She is an outspoken advocate for increased racial diversity in period drama fandom as well as UK TV/film.

An Austen fan since early childhood, Amy Patterson and her family operate Jane Austen Books, the world’s only women-owned bookstore dedicated to books by and about Austen. Amy is also a Contributing Editor at Jane Austen’s Regency World Magazine, and her Austen-related writing has appeared across multiple digital and print publications, including The Joy of Jane (2017). As a journalist based in Ohio’s idyllic Amish country, Amy covers politics and education for the Geauga County Maple Leaf, named Newspaper of the Year for the 6th time in 2021.

Social media mage by day, and nerd of many fandoms by night, Bianca Hernandez is a lady of many interests and is well known for Drunk Austen, Book Hoarding and cutting-edge podcasts. She works professionally in social media managing brand marketing and audience engagement and fights for a more inclusive Jane Austen community.

Christina Boyd wears many hats as she is a great reader, an editor under her own banner, The Quill Ink, LLC, a dedicated reviewer, and an artist. Since 2013, Christina has worked with over thirty authors, published five anthologies, and edited numerous contemporary and historical romance, chicklit, and Jane Austen-inspired novels. As of 2021, she has edited forty-five books in seven years and is a life member of Jane Austen Society of North America.

The event aims to look at literature from a gender perspective, the impact and role of translations that expand the scope and audience reach. From Dostoevsky to Gabriel Garcia Marquez, readers have enjoyed many adventures. And while they are able to relish the sublime through immense efforts in translations that preserve authors’ authenticity, the role of translators, particularly female translators remain largely unacknowledged, long forgotten and even unrecognized.