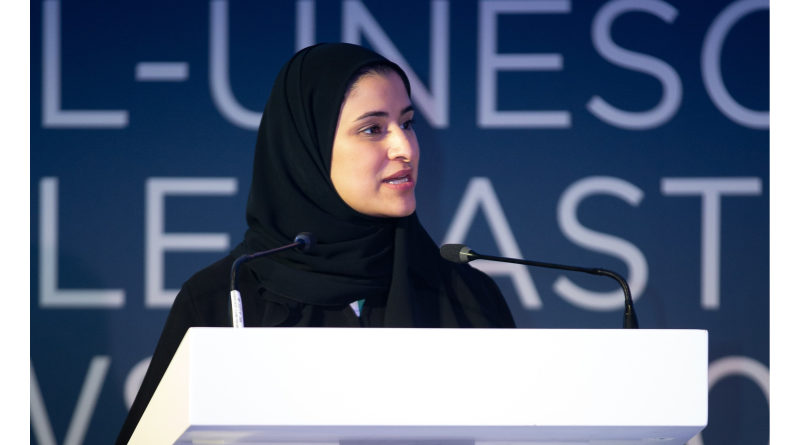 November 12th, 2019, Dubai (UAE): The sixth edition of the L’Oréal-UNESCO for Women in Science Middle East Fellowship has recognized 6 leading women scientists who have made extraordinary discoveries in their fields in 2019. This initiative is part of the global L’Oréal–UNESCO for Women in Science program that has recognized over 3,200 outstanding researchers in its 21-year history, three of whom have gone on to win the Nobel Prizes.

This year, the program has received the endorsement of H.E. Sarah bint Yousef Al Amiri, Minister of State of Advanced Sciences, and is being held in partnership with Khalifa University of Science and Technology. An awards ceremony to honour the recipients took place at W Hotel in Dubai on November 11th where Dr. Maryam AlYammahi (UAE), Dr. Fatma Al Ma’Mari (Oman), Dr. Wafa Audah Altalhi (Saudi Arabia) and Dr. Nour Alsabeeh (Kuwait) each received EUR 20,000 in the Postdoctorate Researchers category. Wafaa Ramadan (UAE) and Asma Al-Amoodi (Saudi Arabia) each received EUR 8,000 in the PHD Students category, in recognition of their contribution to science and their aspiring research work.

“L’Oréal-UNESCO for Women in Science Middle East Fellowship is an important recognition that values women’s success in different fields of science,” said H.E. Sarah bint Yousef Al Amiri. “Growth and development of all scientific fields should be an inclusive effort. Removing gender-biasness in research will ensure a higher impact of its outcomes. I wish the 2019 fellows all success as they continue on their journey of discovery – and hope their research will help overcome some of the biggest scientific challenges of today. “H.E. added.

Remi Chadapaux – L’Oréal Middle East Managing Director, said: “Now in our sixth year, we are honoured to recognize an outstanding group of women who have left no stone unturned in their quest for knowledge and scientific application. The L’Oréal-UNESCO For Women in Science Middle East program was established to recognize, promote and encourage exceptional women scientists, and today it has become one of the most highly regarded initiatives in the region. The scientific research and commitment of these women to improve the lives of people is unmatched and deserves the highest levels of support and acknowledgment within our communities.”

The L’Oréal-UNESCO For Women in Science Middle East Program is based on the belief that the world needs science, and science needs women, because women in science have the power to change the world.

The MENA region has witnessed a rapid growth of Arab women taking on roles in STEM fields, with a number of initiatives across schools, universities and communities. According to UNESCO, 34-57 percent of STEM grads in Arab countries are women, which is significantly higher than in universities in the US or Europe. L’Oréal has been one of the first companies to create a globally recognized initiative to support and encourage female STEM graduates on such a large scale.

This year, the L’Oréal-UNESCO For Women in Science Middle East program is held in partnership with Khalifa University of Science and Technology, with a shared vision to give talented women scientists a voice and platform to pursue research in STEM fields. The program is committed to improving the representation of women in science and particularly in top decision-making positions by breaking gender biases and obstacles.

Professor Mouïn Hamzé, President of L’OREAL Jury, said: “The active contribution of Arab women to the development of scientific research, innovation and sustainable development in our region should not be seen as an option or a luxury, but rather as a necessity and a shared responsibility of all components of our societies. Empowering Arab women to play a leading role in facing challenges in health, environment and societal problems, requires serious attention towards: dismantling stereotypes around the social roles of both sexes, bridging the gender gap, and mobilizing decision makers to end the political instability and armed conflicts that constitute a threat to human capital and its development in the Arab world.”

Dr Arif Sultan Al Hammadi, Executive Vice-President, Khalifa University of Science and Technology, added: “As a research-intensive academic institution that believes in the empowerment of women across all areas, Khalifa University is proud to support the L’Oréal-UNESCO For Women in Science Middle East program. We are also proud that the percentage of female students studying engineering and science at Khalifa University remains one of the highest in the world. This is in line with UAE leadership’s  consistent support to women empowerment. We believe that science knows no gender – and there is an urgent need for institutions in the Middle East to recognize and support women across STEM fields by providing them with the necessary tools to complete their research. We would like to extend our congratulations to the six female scientists this year for their outstanding passion, skill and unwavering dedication to science and research.”

About the L’Oréal-UNESCO For Women in Science Program:

The L’Oréal-UNESCO For Women in Science initiative began 21 years ago. Since inaugural of the program, the foundation aims to empower women in science and highlight the value of their achievements by recognizing scientific excellence and remarkable contributions to science. This is critical to promoting gender equality and encouraging more girls and women to become scientists. We honor five laureates each year, one from each continent, and support women researchers and rising talents through their careers. Together, we have supported 3,100 women to date, rewarding 107 laureates and granting doctoral and post-doctoral fellowships in 118 countries. Our laureates have gained increased visibility, career opportunities and self-confidence. Importantly, three of them – Ada Yonath, Elizabeth H. Blackburn and Christiane Nüsslein-Volhard – have won Nobel Prizes for science.

About the L’Oréal Foundation

Through its’ For Women in Science program, a worldwide partnership with UNESCO, the L’Oréal Foundation motivates girls in High School to pursue scientific careers, supports women researchers and rewards excellence in a field where women remain underrepresented.

Through its beauty programs, the Foundation assists women affected by illness, who are economically disadvantaged or isolated, to recover their sense of self-esteem and femininity in order to feel better and to fare better. Its’ actions also include providing training programs for beauty industry professions.

Since its creation in 1945, UNESCO has pursued its mission of promoting science at the service of sustainable development and peace. It stresses policies and the reinforcement of capacities in science, technology and innovation, science education, sustainable management of freshwater, ocean and terrestrial resources, the protection of biodiversity and addressing the issue of climate change. The Organization also has an overarching objective to eliminate all forms of discrimination and promote equality between men and women, especially in scientific research.

About Khalifa University of Science and Technology